13th Annual Songs of Love ‘Swing and Sing’ Golf Outing Makes a Little Girl Smile!
On tuesday October 11, 2011, Songs of Love held its 13th Annual ‘Swing and Sing’ golf outing at the Preakness Hills Country Club in Wayne, NJ. Special guests included iconic Rock and Roll DJ Ken Dashow of NY’s Q104.3 and actor Jack Mulcahy featured in The Brothers McMullen and Sex in the City. Over 100 golfers sang on a “song of love” for 7-year-old Jada Carter who is battling a brain tumor. This was one of over 22,000 “songs of love” delivered for as many children across American and the world. Special thanks to Gary Rosen and Bruce Rothbard for organizing an outstanding event. Click here to see the golf outing video with Jada’s “song of love”. 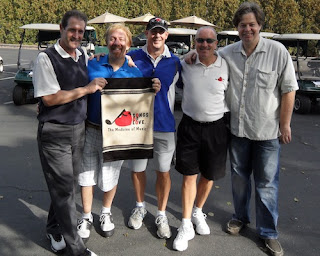 Featured Child – Jada Carter
Jada is as brave as any little girl can be. She is 7-years-old who is battling a brain tumor. We were able to present her Song of Love at our 13th Annual ‘Swing and Sing’ Golf Outing. Here she is as happy as can be with her “song of love” and proud dad. 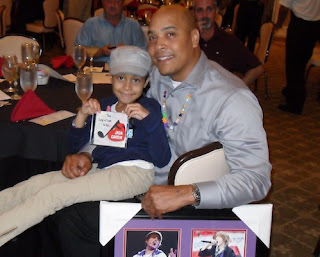 Featured Songwriter – Ayla Brown
After covering a story on Songs of Love for the CBS Early Show as their part-time corespondent, Ayla Brown agreed to be a spokesperson for the Songs of Love Foundation to help bring more awareness and funding. During the segment, Ayla also recorded a “song of love” for 6 year old Hannah Lowe. She recently recorded another “song of love” for Collin Lecey. As our spokesperson, Ayla Brown has joined forces with WS Development and The Shoppes at Blackstone Valley in Millbury, MA to help raise funds and voices for The Songs of Love Foundation through the shopping center’s Teen Correspondent program, an online silent auction slated for Feb 2012, and a very special event to celebrate Songs of Love on April 29,2012 at The Shoppes at Blackstone Valley’s Cinema de Lux Theatre. The silent auction will offer rare autographed memorabilia interesting items and unique experiences and will be accessible to all across the country. The April event will be hosted by Ayla Brown and feature an opportunity to record a Song of Love with both Ayla Brown and Bob McGrath of Sesame Street, live music and so much more! 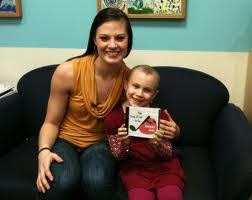 Featured New Songwriter – Eric Diton
Eric is our newest Songs of Love songwriter who wrote and recorded a “song of love” for 6-year-old Wilms tumor patient Cannon McKee. Eric was born on September 30, 1963 in Huntington, NY. Played keyboards and sang in a band in High School. Also played in a band called Six Degrees North who were creating classic rock. Eric is famous for his rendition of Disco Inferno. He has sang this at many Bar Mitzvahs and Weddings. He is married to Lori Diton for 23 years. He refers to her as “The most beautiful woman I ever met”. Eric has two children Alyssa and Adam. Eric has a BS in Economics from The Wharton School of Business and an MBA from Columbia University. Currently Eric is Senior Vice President and Financial Advisor at Morgan Stanley Smith Barney in Melville, NY. His credo in life is “It’s All Good.” as he hangs this on top of his front door. Combining his love for music and his love for children in Songs of Love he feels ” is a phenomenal opportunity. I believe in the healing power of music”. Songs of Love welcomes Eric to our symphony of love! Click here to hear his song! 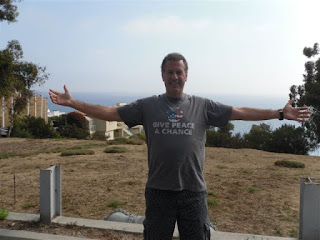 Car Donation – Have an old car you don’t need?
Donate it to Songs of Love and receive a tax deduction for your donation! The proceeds from the donated car will help us to continue bringing smiles to the faces of sick children by providing them with their own “song of love”. You can donate online at www.songsoflove.org/cardonation or call 888-909-SONG. Do it before the year is up! Donate now! 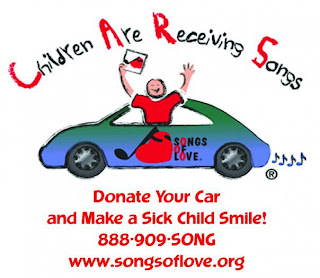 soleden 0
The Songs of Love Foundation held its most successful Gala in its 26-year history. Nearly 2.6 million ...

soleden 0
﻿ John Beltzer, the founder of the Songs of Love Foundation, which provides personalized songs for seriously Ill ...