soleden March 21, 2012 0 Comment Archives, Uncategorized
An Irish Bar on Long Island, NY, Becomes a
Songs of Love Recording Studio!
On Thursday, March 15, a Fundraiser was held at the Nutty Irishman in Farmingdale, NY, for Songs of Love featuring the Classic Rock band 6 Degrees North. It was organized by its lead singer and keyboard player Eric Diton who also wrote and sang the “song of love” for an amazing young man by the name of Steven Wexler. Steven is one of 350 people in the world who has Familial Dysautonomia and Songs of Love teamed up with the FD Foundation for this event. The audience all sang on the chorus of Steven’s “song of love” which made the evening that much more magical. Songs of love would like to thank Eric Diton for his generosity and dedication to our mission of music.
A special thanks to Dean Cirella of Cirella’s of Melville for providing the amazing food and Shelly Goldman of Eyeking for providing sunglasses for everyone who bought a raffle! 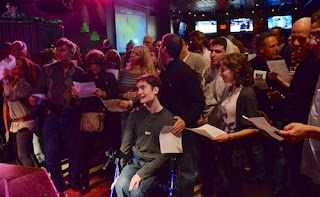 Steven is surrounded by his family and friends as they all sing his “song of love”. 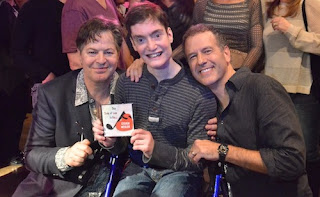 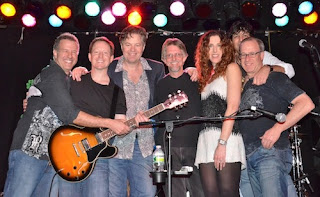 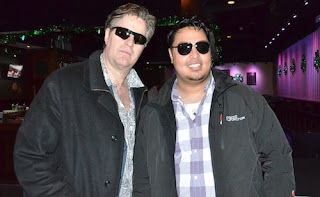 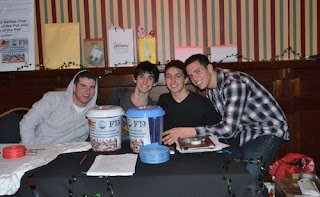 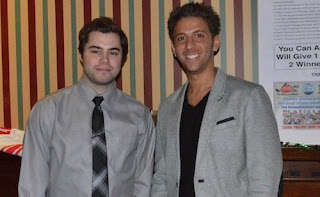 soleden 0
Parents of Love! Join us on Zoom and tell us about your "songs of love" experience.