Hi! My name is Nathan Daniel and I received a free, personalized ‘song of love’ from the Songs of Love Foundation. The song is all about me and all of the people, pets and things that I love in my life. I would like to share my ‘song of love’ with my family and friends and the rest of the world! You can listen to it on Spotify or even buy it on iTunes by clicking the links below. This will help the Songs of Love Foundation provide more personalized songs for kids just like me! You can also read about the songwriter who created and sang on my ‘song of love’! And by the way, you can share my entire page on Facebook and Twitter by clicking on their logos! THANK YOU!

Thank You to Our Songwriter of Love:
William Sherry 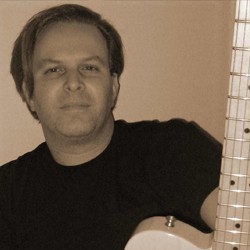 William Sherry Jr. has been a resident of Nashville, Tennessee for 17 years and during his time there has written and produced hundreds of songs. In addition to song writing he has composed many jingles, scored several movies and short films and has written music for television. His compositions have been heard on the Big D and Bubba show, CNN, FOX, G4, The Fizz, Salon, and Comedy Central. For more information on our songwriters visit our website, songsoflove.org/songwriters .